Văn Miếu – Quốc Tử Giám is situated to the south of Thăng Long Citadel. It covers an area of 54,331m2. Including the Văn (literature) lake, Giám park and the interior courtyards surrounded by the brick wall. In front of the Great Portico are four high pillars. On either side of the pillars are two stelae commanding horsemen to dismount. 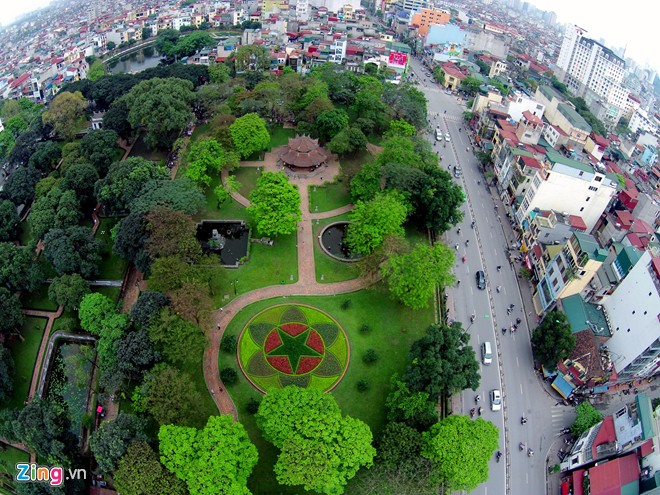 Quoc tu giam view from above

The interior of the site is divided into 5 courtyards:

In the fourth courtyard,on the right and left sides of the ceremonial  court stand two houses, originally used to house the altars to the 72 most honored disciples of Confucius and Chu Văn An. Director of Quốc Tử Giám. In the center is the Bái Đường (House for ceremonies) where ceremonies took place at the festive time. The next building is Đại Thành sanctuary where Confucius and his four closest disciples: Yanhui, Zengshen, Zisi, and Mencius are worshipped. The sanctuary also houses altars to 10 honored philosophers.

The fifth courtyard, originally the first National University, was used for the instructions and studies of Confucian scholars. Later Khải Thánh shrine, dedicated to Confucius' parents, was built. In 2000 the Thái Học courtryard was constructed on the former ground of the Quốc Tử Giám to celebrate the 1000th anniversary of Hà Nội foundation and to honour traditional culture.