Hanoi located on the bank of Red river in the north of Vietnam, the Capital of Vietnam, central of country's political and economy, with over 1 thousand year of history, Hanoi is one the richest culture city in ASIAN, the first impression for any visitors while come to Hanoi is traffic, with 9 million people and 4 million motor bikes Hanoi indeed being one of the most active in southeast- Asia, Hanoi cuisine, Old quarter and special many places be waiting for any tourists while travel here, this itinerary   Hanoi city tour  short trip but will bring for all clients full of emotion.

The bus and tour guide will pick you up from hotel in old quarter about 8 AM, driving to visit Tran Quoc Pagoda.

Tran Quoc pagoda is located on an island east of West Lake (Tay Ho district), with 1500-year history, which is considered to be the oldest in Thang Long- Hanoi. It was the Buddhist center of Thang Long citadel in the Ly and Tran dynasties. With its historical and architectural values, Tran Quoc Pagoda is famous for its sacred Buddha land, which attracts many Buddhists and visitor to Vietnam.

This is the most recent yet probably the largest and undoubtedly the most interesting Museums in Hanoi and Vietnam. There are both indoors and outdoors section, while the in-housed exhibition is particularly informative, the outdoors display and activities make the museum stand out from the rest. There are a number of houses modeling after the traditional architecture of ethnic minorities, especially those who live in Northern and Central highlands.

13.30: The temple of literature (The first university in Vietnam)

Being an ancient school of Thang Long and the first university in Vietnam, Temple of Listerature of acknowledged as an ancient historical-cultural heritage which gives tourists deeper understanding about Hanoi's years of culture and tradition.

THERE ARE 3 OPTIONS FOR CLIENTS CHOOSE FROM:

Help clients to understand about Hanoi cuisine, our trip would like to make you unfogetable time and great experience while you are joining tour with us, you have a chance to go to market and making Hanoi special food yourself under guiding by professional chef

- Tip for Tour guide and Driver

- Free of charge for children under 5 years old.

- Surcharge 50% rate of adult for children from 5 to under 9 years old.

- On Monday and friday Ho Chi Minh mausoleum and museum are closed, instead by Vietnamese women museum

- Special request (diet, vegetarian…) should be informed before your departure days. 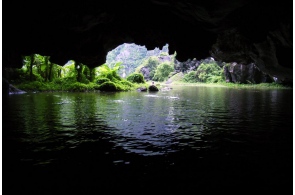 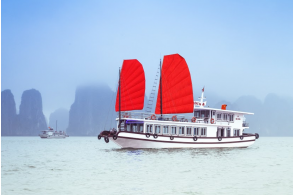